Dr Gounder’s overarching research analyses the intersections of discourse, health, human security and migration.  Her research has expanded from the platform of narrativized identity conceptualizations at the personal level to narratives within public spheres on conceptualizations and lived experiences of illness and healing as she seeks to make a difference in individual and collective lives.

One of her current research areas investigates how the lives of Pasifika people can be improved through greater utilization of cultural health knowledge. This is reflected in her research practices, as she aims to use data collection methods such as Talanoa, based on Pacific cultural ways of being. Simultaneously, she aims to demonstrate how a better understanding of Pacific ways of being would improve population health for all.

Dr Gounder has also co-developed a social determinants framework: https://farzanagounder.com/framework/  The CARE framework is developed with the understanding that people’s health is an outcome of events that have taken place over time and over generations.  The framework analyses people’s health outcomes under the Indian indenture system, which occurred from 1830-1916 and under this system over a million people went to work in British, Dutch and French colonies around the world.

Dr Gounder’s research has achieved international recognition. Her PhD thesis on South Pacific diasporic communities’ narrative constructions was published as a monograph with an internationally renowned publisher in the field of linguistics Following its success, she received a second contract to produce an edited book on narratives and identity construction in the Pacific Islands.  She is currently co-editing a series with Dr Maurits S. Hassankhan on Slavery and Indian indenture.  Dr Gounder has also been invited to contribute to international conferences and journals on South Pacific diasporas. In 2018 she has been invited to participate in UNESCO roundtable discussions in Suriname on world memory and heritage regarding Indian indenture.

Dr Gounder’s research has also been recognized through fellowships and positions. She has been a Faculty of Arts and Social Sciences Postdoctoral Fellow in Oceanic Linguistics at The University of Waikato, a Research Associate at The University of Waikato, and The Centre for Advancement of the Scholarship of Teaching and Learning Visiting Scholar at Avondale College, Sydney. She has also been invited to present at universities and colleges in New Zealand and Australia. Her recent research into Pacific health has also been recognized through her appointment as a strategic advisor to an Australasian Pacific-focused health board.

Areas of Research Interest and Expertise

2015-2016 Research Associate, The University of Waikato

2019   Gounder, F. (2011). Restorying indenture: the first Fiji Hindi speakers narrate Girmit: a thesis presented in partial fulfilment of the requirements for the degree of Doctor of Philosophy in Linguistics (Doctoral dissertation, Massey University).

2003   Dean, F. (2003). Pan-ethnicity in New Zealand: An investigation into the use of ethnic linguistic markers in resisting Pan-Indian categorization by Indo-Fijian and South Asian tertiary students in Auckland (Masters dissertation, University of Auckland).

2019 Gounder, F. and M. Hassankhan.  “Cause and response to inequity in the indentured labour diaspora: A proposed framework for analysis”.  International Conference on Forced Labour and Migration.  July 15th-17th.  University of Fiji: Lautoka, Fiji.

2019 The UCLA Center for Middle East Development in Cooperation with The Ministry of Foreign Affairs of the State of Qatar 14th Annual Conference Enriching the Middle East’s Economic Future.  November 13-14.  Doha, Qatar. 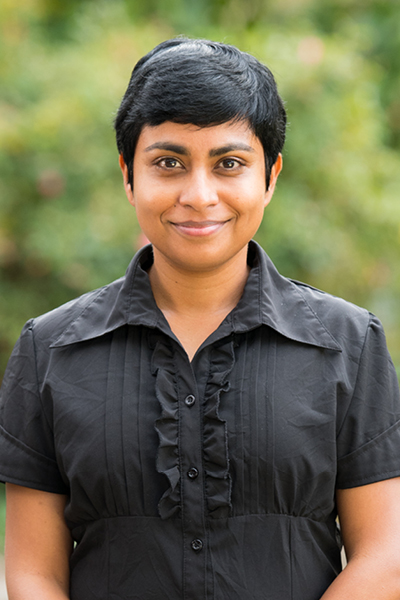