IPU New Zealand hosted 10 of 15 Palmerston North City councillors on Tuesday September 22nd, to showcase their multicultural learning environment. As they celebrate their 25th jubilee in 2015, IPU New Zealand are looking forward to strengthening their collaboration with the council in the coming years. Through a tour of the campus, followed by class observations, the councillors were able to gain a clearer picture of the degree, diploma, and postgraduate programmes offered at IPU New Zealand, and the quality of support and facilities available for the students.

A key topic on the councillors' agenda for the day was looking at how IPU New Zealand can increase interaction with the council, and further benefit the Palmerston North community. Councillor Tangi Utikere spoke on behalf of the councillors, saying they were thankful for the reminder of the benefits (IPU New Zealand) provided to the community and ensured their relationship would become more advanced. "(IPU New Zealand) provides our city with not just economic benefits but also the benefit of being a culturally diverse and culturally inclusive city." 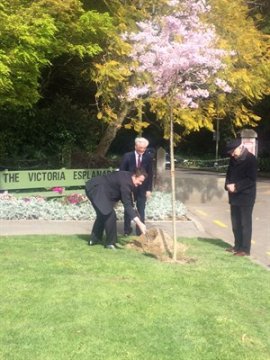