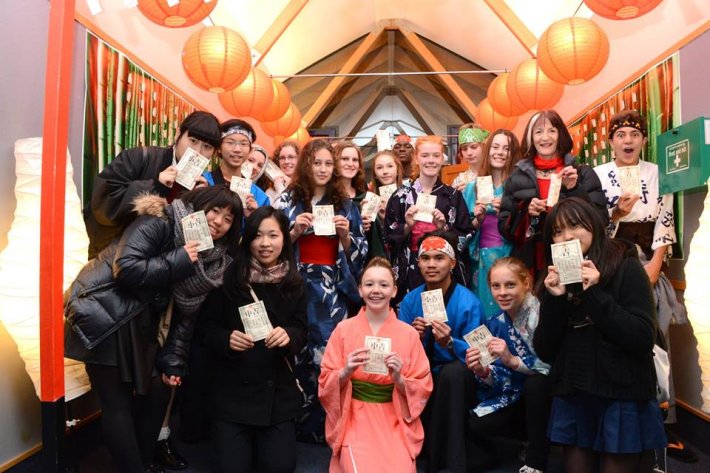 The Omatsuri festival is based around the traditional summer festivals held in Japan, with festival games and foods in abundance. The main aim of these festivals is to keep students interested in pursuing Japanese language and culture in school, and also in their tertiary education. The Omatsuri is a fantastic way for students to get a real feel for Japanese culture, and they are encouraged by IPU New Zealand staff and students to use their Japanese throughout the night, with prizes awarded to those showing the most effort. This year, the festival was based around Kyoto, the ancient capital of Japan, a city known for its abundance of culture 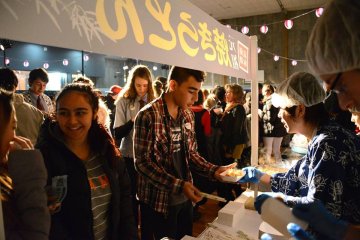 and tradition, and its beautiful temples.

Students arrived wearing traditional Japanese 浴衣 (yukata, summer kimono), 甚平 (jinbei, light summer clothing), and 法被 (happi, jacket), and were treated to a performance by the KODAMA Japanese drum team. The students were split into 12 groups, with a mix of students from the various schools, each with their own IPU New Zealand student buddy. In these groups, they spent the night rotating around the various 屋台 (yatai, food stalls), games, and workshops in 琴 (koto, Japanese harp), 三味線 (shamisen, Japanese lute), 太鼓 (taiko, Japanese drum) and 盆踊り (bon-odori, traditional festival dance). 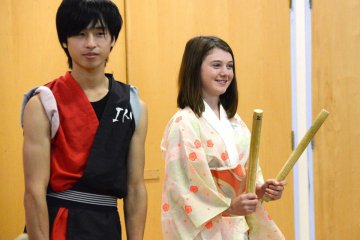 The night concluded with all students, teachers, helpers and staff joining together to do the bon-odori together, led by an IPU New Zealand student. The students left laughing and holding their winnings from the games, with new friends, and great memories too. We looking forward to seeing everyone again at our next festival in 2016!

You can watch the Omatsuri video here. 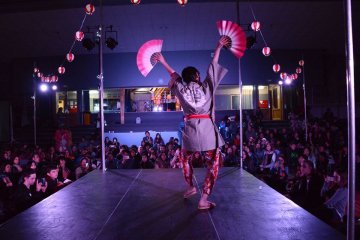