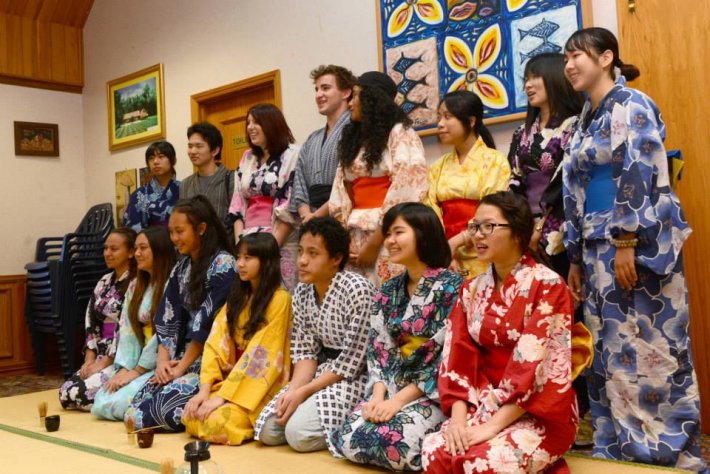 IPU New Zealand Tertiary Institute, in Palmerston North, has been running Japanese Intensive Weekends for a number of years, with the ultimate goal of giving high school students an exciting and interactive Japanese experience, thereby increasing their motivation to continue on with their Japanese studies throughout school, and at tertiary level.

On May 16 and 17 this year, IPU New Zealand welcomed 18 high school students for the first Japanese Intensive Weekend of 2015. The students came from several different schools from the following areas; Auckland, the Bay of Plenty, Gisborne and Upper Hutt.  The students took part in a program packed with cultural activities and classes that showed them the very best of what IPU New Zealand has to offer. They stayed on campus in the IPU New Zealand Halls of Residence and ate in the Dining Hall, getting a taste for the university student life, with IPU New Zealand's unique multi-cultural flavour.

Japanese lecturers taught new vocabulary, culture, and 書道 (shodo, calligraphy). There was even a guest performance from an IPU New Zealand student on the 三味線 (shamisen)! These Japanese classes were followed by lecturers of Mandarin Chinese and TESOL (Teaching English to Speakers of Other Languages), which the students found engaging and fun. The afternoon activities consisted of Japanese cooking classes, where they made traditional foods such as 寿司 (sushi) and お好み焼き (okonomiyaki, Japanese vegetable pancake), and a sports night run by IPU New Zealand senior students.

Sunday started early, with the high school students creating posters, presenting something new they had learned about during their time at IPU New Zealand. They then took part in several cultural activities; 茶道 (sado, traditional tea ceremony) with the IPU New Zealand Tea Ceremony Club, 折り紙 (origami, paper folding), and a 琴 (koto, Japanese harp) performance. They then had the opportunity to talk to some  of IPU New Zealand's graduates who have been successful in Japan, with one recent graduate Skyping them direct from Japan. This was followed by a workshop run by the KODAMA 太鼓 (Japanese Drum) team, which is always a big hit with the students!

Overall, the weekend was a huge success. There were some sad farewells to new friends, and promises to meet up again soon - maybe at another Intensive Weekend! Due to the growing demand for these weekends, IPU New Zealand will host them an unprecedented six times in 2015! All year 11-13s that are either learning Japanese currently, or are interested in doing so, are welcome to register for these fantastic events. Dates are as follows: 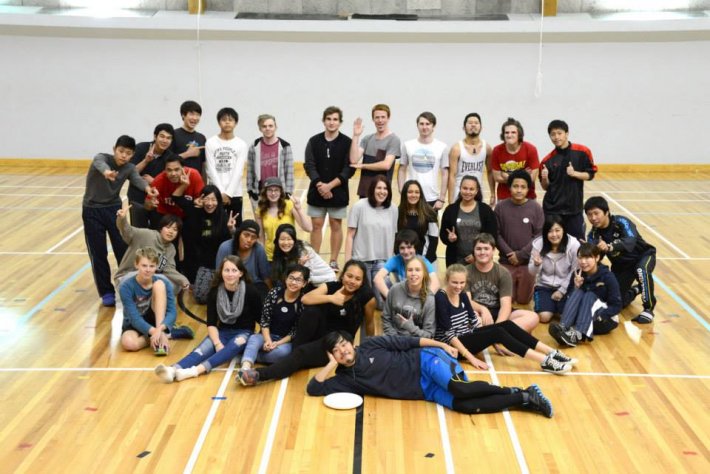