In order to decide the candidates from IPU New Zealand for this prestigious event, we hold a series of qualifying rounds here on campus. Both native Japanese and non-native speakers present their best speeches, and after a vigorous selections process, Seneuefa Ioane (a final-year BCIS student from Samoa) received the nomination to represent IPU New Zealand in the contest.

The final round of the competition contained six student finalists, five of which being native Japanese speakers, and all of whom are talented speakers. So it was an extra delight when it was announced that Seneuefa, whose speech was titled "Where Will I Be in Three Years?", had been awarded third place, and received the Dean's Award. 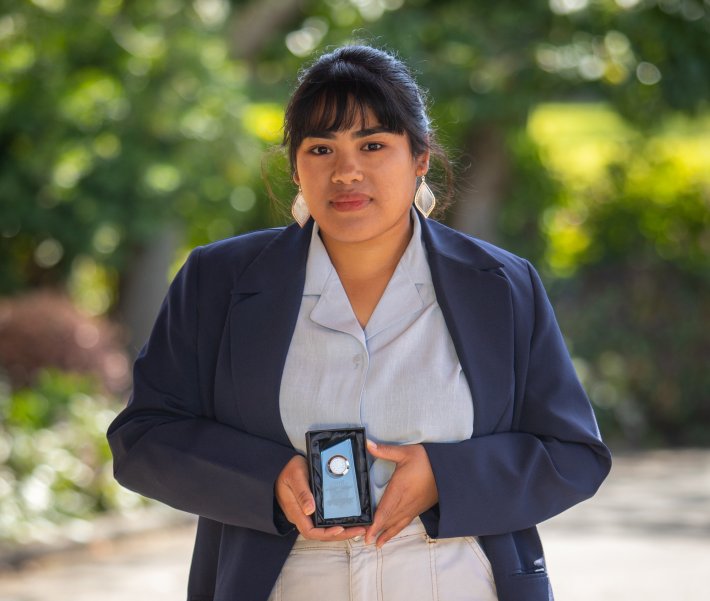 Seneuefa’s success is a testament to her hard work, not only by learning Japanese (one of six languages she speaks, the others being Samoan, Mandarin, Korean, Tagalog (Filipino) and English), but also the diligence she shows in all her studies at IPU New Zealand, and we are sure everyone on campus will join us in offering Seneuefa our heartiest congratulations on this very impressive achievement.

IPU New Zealand would also like to take this opportunity to congratulate each of the other winners in this year’s competition.