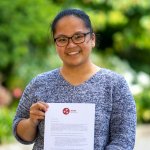 Each year since its formation in 2013, JSANZ (Japanese Studies Aotearoa New Zealand) have operated their JSANZ Tertiary Japanese Language Speech Competition, and this year, IPU New Zealand are delighted to announce that Andrea Sevilla, a final year Bachelor of Contemporary International Studies student here on our Palmerston North campus, has been awarded the second prize in this prestigious national competition, with her speech titled “My Roots and Family History”.

Having won the annual IPU New Zealand Japanese Speech Contest back in May this year, Andrea was our nominated candidate to take her place alongside similar winners from tertiary education institutions/providers across Aotearoa New Zealand. 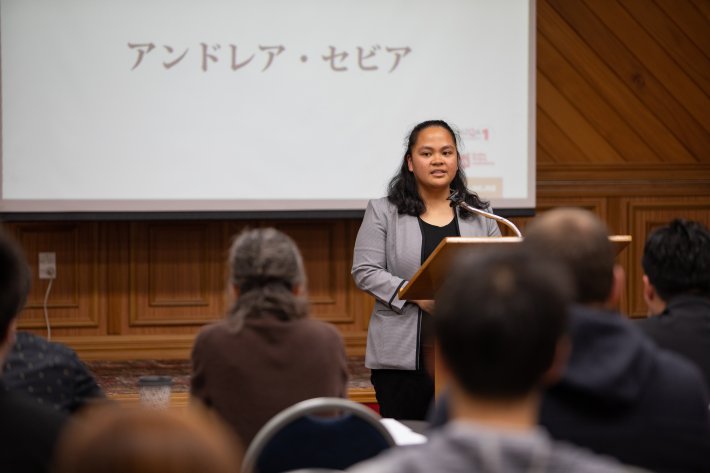 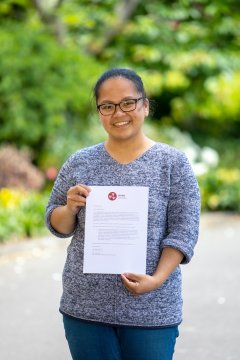 As you can imagine the standard of entries was exceptionally high, and IPU New Zealand is very proud of Andrea’s achievement and we know everyone across the IPU New Zealand family will want to join us in offering their heartiest congratulations to Andrea.

IPU New Zealand would also like to congratulate the other two students: first place went to Joyce Wang, from the University of Auckland, whose speech was titled: "New Zealand Society and Racism", and in third place was Ara institute of Canterbury’s Samuel Takuya Hanada with "Home is Where the Heart is".