A chance at Heaven for students

Introducing the joys of reading to young people is one life’s pleasures, and through his role as a lecturer at IPU New Zealand, Mr Stephen O’Connor, has managed to combine two of his passions, education and literature, into his paper, 20.711 Social Conflict in Modern Japan.

This academic year, Stephen decided to choose a book for his students to read. Instead of the normal academic text when considering the options, he chose the novel, Heaven by Japanese author, Mieko Kawakami, having already read, and been impressed by the author’s first novella, Breasts and Eggs.

The objective was to select a book which would appeal to students from a number of backgrounds and countries, and feature themes that were not only relevant to their study, but ones which would capture and retain their attention. Heaven fitted that bill as it deals with a number of subjects which have struck a chord with his students, and provides useful extension to stimulate debate in his lectures, encouraging students to use their developing critical analysis skills to draw comparisons with the subjects covered in the paper.

Not only has the book proved popular with Stephen’s students, he took the matter one step further, writing a review of Heaven for the esteemed literary magazine, Crannóg, published in Galway, in the Republic of Ireland, where his contribution is featured in the latest edition. 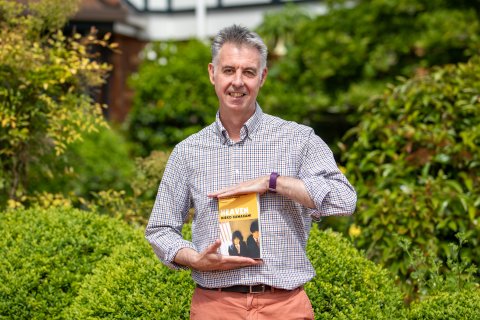 Background: As well as a long-standing (nine years) lecturer at IPU New Zealand, teaching modern Japanese history and culture, Stephen O’Connor is also a short story and non-fiction writer. His short fiction has appeared in Takahe, Flash Frontier, Headland and Sundial Magazine among other publications.

You can read the author profile of Mieko Kawakami here.