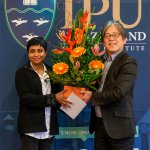 IPU New Zealand staff member, Dr Farzana Gounder has recently been awarded the prestigious Indian Indenture Legacy Award: Contribution to Indentured Labour Literature by the Fiji Girmit Foundation of New Zealand as recognition of her research into the field of indentured labour.

Dr Gounder is Deputy Head of School (Research) at IPU New Zealand, and the Chair of the Research and Development Committee, which oversees the Research Skills Programme on campus, and facilitates staff member’s professional development and research activities.

A highly-respected author in the field of indentured labour history, Dr Gounder’s recent work includes Collective Memory, Identity, and the Legacies of Slavery and Indentured Labour (2021), Social Aspects of Health, Medicine, and Disease in the Colonial and Post-Colonial Era (2020), and (joint-editor of) Women, Gender, and the Legacy of Slavery and Indenture (2020), which led to her being appointed to the International Board of the Indentured Labour Route Project, a UNESCO World Memories initiative. 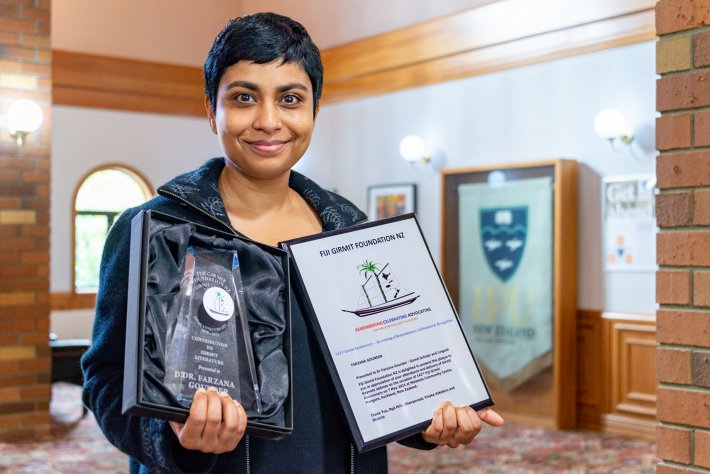 Dr Gounder said: “This award represents the kindness and support shown to me over the years by the IPU team of staff and students, past and present. This award goes to you all.”

The Indian Indenture Legacy Award is awarded during the Indenture Commemoration event to the scholar who has made a significant contribution to Indentured Historiography. The committee reserves the right to not present the Award. This prestigious, international award is given to a leading scholar in indentured labour historiography. The award recognises Dr Gounder’s research accomplishments.

IPU President Dr. Setsuko Ohashi and IPU Chairman Hiroshi Ohashi also conveyed their congratulations and thanks to Dr. Gounder sending her a card and bouquet of flowers from Japan, which was presented on their behalf by IPU staff.

What is the Fiji Girmit Foundation of New Zealand?

The Fiji Girmit Foundation of NZ was established in 2013 and some of its key aims and objectives are to celebrate the unique identity of Fiji Indians living in Aotearoa New Zealand; maintenance of language and heritage; to reconnect and restore the foundational history of our ancestors who arrived from India and the acknowledgement and tribute to the indigenous people of Fiji with whom people of Indian descent co-existed with since arrival in 1879. The intergenerational stories of migration journeys of Fijian Indians to Aotearoa New Zealand, in contemporary times, to celebrate the culture, cuisine, success, and language of Fiji Indians reflecting the evolution and integration with fellow Fijians and wider NZ society.

The Fiji Girmit Foundation of NZ works collaboratively with a range of stakeholders including central and local government, tangata whenua and diverse communities to raise awareness and advocate for Fiji Indians and wider NZ Fijian community. Their contributions to Aotearoa New Zealand and their settlement and social challenges - ensuring that policy and services provision is responsive to their needs. With strengthened identity, access to information and services it contributes to settlement, integration and collective wellbeing.

Girmit is a corrupt form of the English word “agreement”, and refers to an indentured labourer who left India during the middle and late 19th Century to serve as a labourer in the British colonies under the agreement and became known (colloquially?) as a “Girmitiya”.