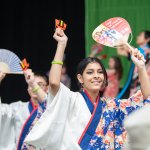 The Festival of Cultures was spread over a week, and IPU New Zealand helped to play its part by organising the IPU New Zealand Dance & Arts Workshop at the Globe Theatre, and attending the Tea and Coffees of the World event, organised by the Manawatu Multicultural Council at Caccia Birch House. 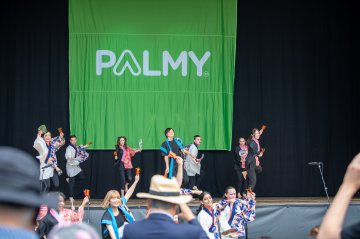 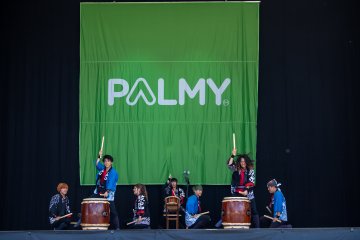 Both the IPU New Zealand Soran dance team and our Kodama drum team performed at (the) Festival of Cultures, and were a great success, with Kodama being honoured to provide the final live performance at the Festival and close the show. We were also delighted to have a number of high-school students from Awatapu College take part in the IPU New Zealand Soran dance team’s performance.

Brendon Chapple, the Head of the Japanese Department at Awatapu College has been working with IPU New Zealand for a number of years now, and welcomes opportunities for the College’s students to sample first-hand this, and other, facets of Japanese culture, and sees projects like this as an excellent way to develop the already close links between Awatapu College and IPU New Zealand. 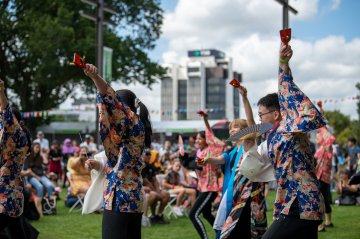 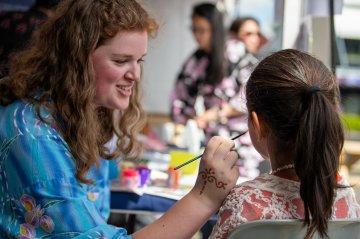 Sonu Sharma, an English Language Studies’ Lecturer here at IPU New Zealand, whose daughter attends Awatapu College, added: “My daughter wanted to participate in something different, and when the opportunity arose to join the IPU New Zealand Soran dance team, she, and a number of her school friends, seized the opportunity, thoroughly enjoying themselves in the process”. 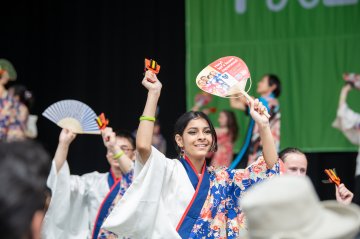 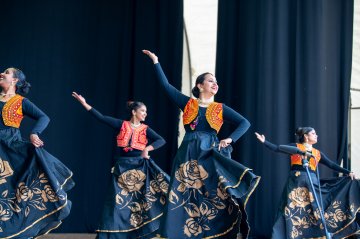 Maya Rikimaru, a Lecturer with IPU New Zealand’s Japanese Studies, explained: “The Soran dance team started in August 2019 as way to offer students of different nationalities a chance to experience Japanese culture in an informal setting, as through Japanese dance, students can also learn Japanese customs, tradition, and values, especially if they want to work in Japan after studying at IPU New Zealand”. In time, Maya hopes to expand the Soran dance team to include members not only from IPU New Zealand, but high school students and Palmerstonians, as she sees this an excellent way of working with, and integrating into, the local community.

Here at IPU New Zealand we are delighted to have such a relationship with Awatapu College, one which provides the opportunity for high-school students to experience authentic Japanese cultural immersion and establish community relationships which can lead to international pathways for students. 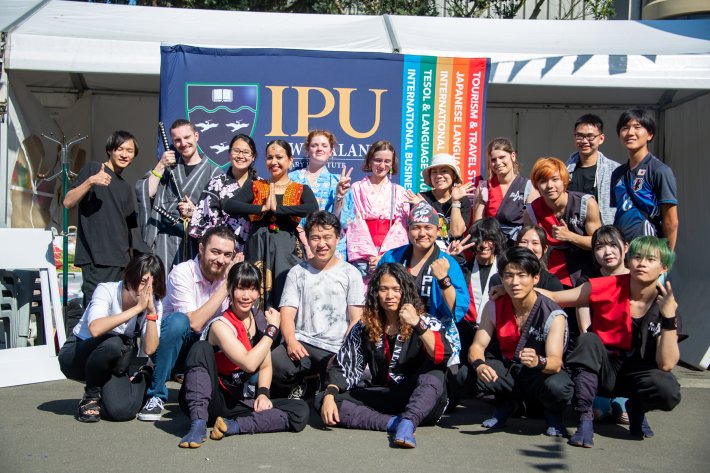 IPU New Zealand is delighted to be able to run programmes and workshops for high schools, and both welcomes and encourages enquiries from other educational establishments who would like to provide their students with similar opportunities and experiences.