An overseas student studying in Palmerston North isn't surprised the city's international education sector is booming, given its natural beauty and compact layout.

New figures show the sector has added $115 million to the economy in 2017 and with a swelling wave of new student visas this year that figure was expected to further rise. 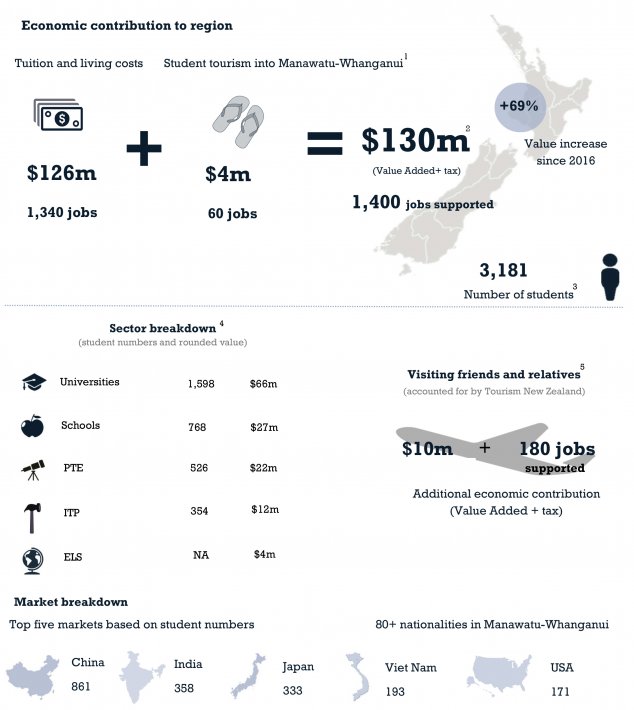 She's studied in Palmerston North for six months and it already felt like her new hometown, she said.​

Thapa's parents wanted her to study in Australia or New York, but she'd found promotional material for Manawatū online and decided on Palmerston North.

She is from Kathmandu, Nepal, which has a population of 3 million people. She wanted a different experience.

​"I didn't want to go to Auckland. I've lived in large cities all my life. I wanted to go somewhere littler, that was close to a lot of natural beauty."

The city Palmerston North appealed to many others from Asian countries for the same reasons, Thapa said.

"My friends ask: 'How is it?' I tell them if you want to travel, come to New Zealand, come to Palmerston North and you'll find everything you want.

"[It's so] peaceful and the people here are very friendly, welcoming and humble."

Thapa knew no-one when she arrived, but has quickly made friends.

"We often don't know for sure if we're making a difference. But these statistics show we're doing it right," Bennett-Smith said.

The effort was part of a 2016 plan to attract more international students, which had aimed to raise the sector's contribution to the regional economy from $62m to $80m a year by 2020. 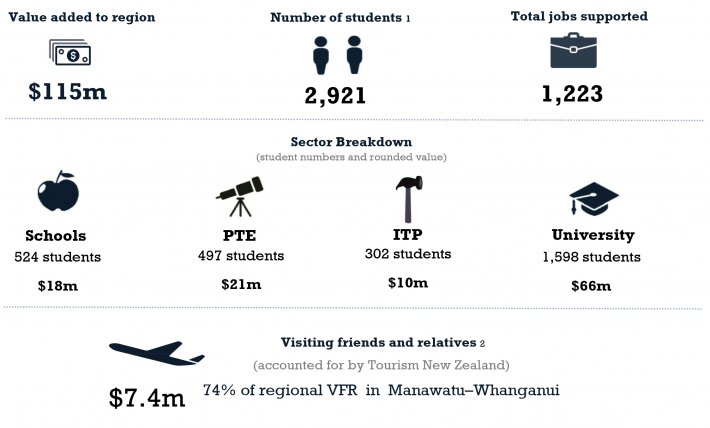 The new Ministry of Education figures show Manawatū has already exceeded that target by $35m, three years earlier than expected.

And the signs were 2018 would be an even better year, Bennett-Smith said.

Immigration figures show Manwatū was the fastest-growing destination in the country for international students, with 908 first-time students applying for visas in the year to September, a 12 per cent annual increase.

The next closest was Canterbury, with 5 per cent growth.